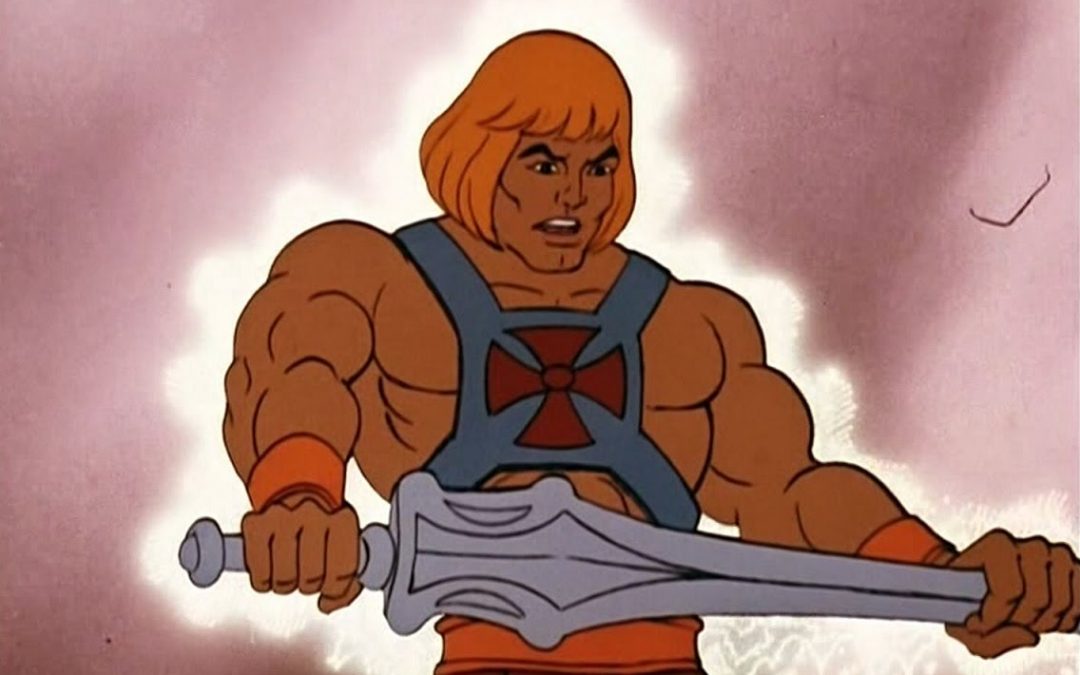 Cartoons can help you learn to understand a spoken language.

My first movie memory is going to see Return of the Jedi at the Ziegfeld Theatre on 54th Street in Manhattan. I was five. I don’t remember whether or not I’d seen Star Wars or Empire Strikes Back yet, but I do remember Luke’s lightsaber shooting out of R2-D2 and the ensuing green-bladed battle.

One of the more fascinating bits of Jedi is that Anakin Skywalker, who had only received peripheral mention to this point in the trilogy, sort of comes out of nowhere to become the hero of the story. I’m pretty sure I saw the movie with both of my parents, but I particularly remember riding the escalator with my dad that day. He died a few years later. A few years after that, I got really into Darth Vader as a character, and how his motivations are interesting and opaque throughout the series.

When George Lucas went back and made a few more movies showing the backstory of Anakin Skywalker, I was more than a little disappointed with the result. I wasn’t nearly as into the Star Wars world at that point, so I probably took it better than I would have if I were still really gung-ho. But for a time, they soured me on future Star Wars fiction. I ended up watching the animated Clone Wars movie at some point, which did nothing to rekindle my love of Star Wars.

But I started watching a lot of other animation (Kenshin, Justice League, Avatar: The Last Airbender, etc.), and I had friends who strongly recommended The Clone Wars animated series. I decided to give the Star Wars universe one more go, but I was concerned that it might feel a bit cheesy. I also didn’t want to sink 40 hours of purely recreational time into this particular TV series. So … I decided to watch the whole thing in Spanish.

My Spanish wasn’t super good when I started the series. Sure, I had taken Spanish for 7 years in school, and I had lived a couple months in Costa Rica (where I learned that watching shitty action movies in Spanish was more entertaining than watching those same shitty action movies in English). But there were huge gaps in my vocabulary, and my listening comprehension lagged well behind my reading comprehension and my speaking and writing ability.

Some people might prefer to listen in Spanish while reading English subtitles. But my reading comprehension was good enough that I could read the Spanish subtitles and understand about 80% of the dialog, as well as about 95% of what was going on. Reading is much easier with the abundant context provided by visual action. So I listened in Spanish while reading in Spanish, noticing that the subtitles didn’t always match up with the spoken words. But even where they diverged, knowing the meaning of the dialog from the written words helped me understand the spoken words a bit better.

Over the course of more than forty hours of reading and listening to over a hundred episodes of cartoons, I learned to understand spoken Spanish much, much better. Now I’m rewatching the series with the Spanish audio and no subtitles at all. I don’t understand every single word, but I do get the vast majority of it. And this version of Anakin is now the definitive version of Anakin for me.

I didn’t improve my Spanish just by watching cartoons. I ran through the Duolingo course in Spanish, as well as making my own Memrise course with words that I picked up in Clone Wars and elsewhere. The cartoon gave me a place to practice my new words in context and to improve my reading and listening comprehension.

One year later, I’m repeating the process with He-Man, a series that’s recently arrived on Netflix and which I loved as a five-year-old. In fact, one of my first Halloween costumes was He-Cat, where I dressed up as a combination of He-Man and Battle Cat. (Yeah, I was a weird little kid. Never quite content to be one thing or the other.)

I understand a much more modest share of the words in He-Man because I’m watching it in German. Und ich sprechen nur ein bisschen Deutsch. I finished the Duolingo course in German, but listening comprehension is always harder than reading comprehension, at least for an adult. It’s just very easy to learn to read as an adult, because we can take our time with each word. But with listening comprehension, the words come as fast as they come. And there’s no half speed on Netflix (as far as I know).

But the good news is that I understood He-Man in English as a five-year-old, more or less. So maybe I only need to get to the level of listening comprehension of a five-year-old to be able to understand He-Man.

I know a lot of parents don’t like their kids to watch too much television, and I agree that there’s definitely an amount that’s too much. But there is value in getting kids to hear lots of words at a young age. (In fact, there are studies that show that intelligence is positively correlated with how many words a person hears during their early years.) And I think shows that can capture the imagination and make kids want to understand the words that are being said can have a lot of value in language learning, whether it’s someone’s first, second, or tenth language. (Or third, fourth, etc.)

This is hardly a unique method for language learning, but I owe a tip of the cap to my German friend who loves Star Wars and learned English as a kid by watching lots of American TV and movies. He took English classes in school, but learned much more effectively than his classmates by actually using the language recreationally. Whatever you’re learning, combining hard work with fun and practical application is a great recipe for success.